Stora Enso is one of the world’s leading suppliers in the bioeconomy. The broad product range includes sustainable solutions for paper, packaging, wood construction and biomaterials.

Across several continents, Stora Enso supplies a wide range of industries with low-carbon alternatives compared to products made from fossil or non-renewable materials. Stora Enso takes responsibility for nature and sustainability through wood- and biomaterial-based materials, thus realising its vision of a greener world.

Building on its heritage and thanks to extensive expertise in forestry and working with trees, Stora Enso is able to manage forests and plantations in a sustainable manner. Internally and externally the high-turnover company is constantly looking for ways to improve processes, save energy and use raw materials as effciently as possible. With this in mind, Wahtari has developed a solution for Stora Enso that makes the debarking of wood even more resource-friendly and effcient and automates quality
control.

At the production site in Maxau, Stora Enso prepares industrial wood (tree trunks) for subsequent processing into paper. Since them bark does not contain typical fibre material such as wood and therefore cannot be used for paper production, a large part of it is removed in a debarking drum (multi-trunk debarking). 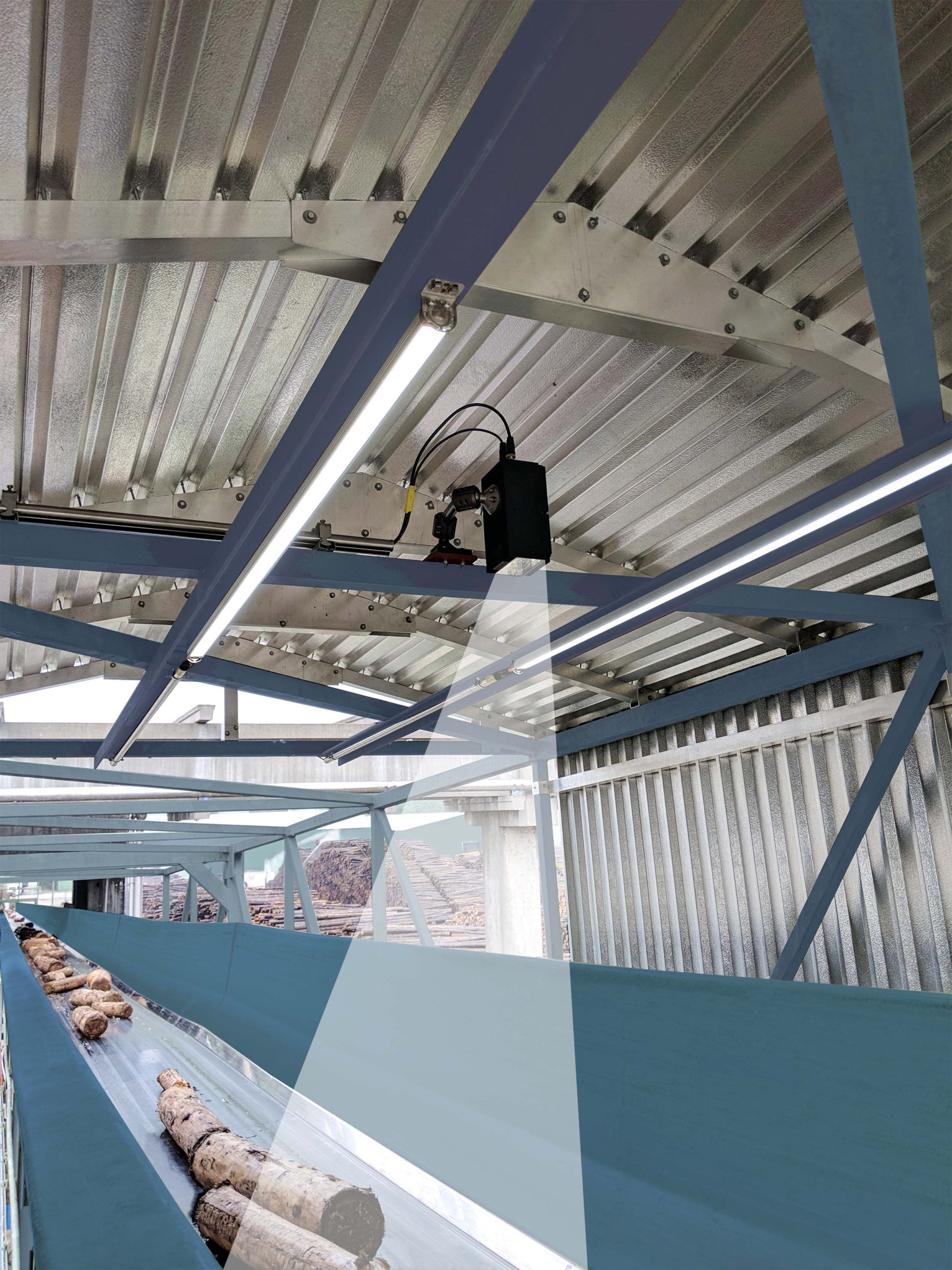 Due to the process, however, the bark is not always optimally removed. Therefore, all debarked wood bats had to be subjected to a manual visual inspection and, if necessary, manually fed to a new debarking pass. Since this process is very labour-intensive, the manual inspection was to be automated.

Wahtari faced the following challenges, among others:

In order to replace the manual sorting, Stora Enso has modified the conveyor belt and installed a controllable airlock. Human control was replaced by a AI-based, industrial camera system from Wahtari. This automatically detects the debarking quality and many other parameters and uses them to control the return airlock.

The automatic detection of the degree of debarking (and other parameters) is carried out by means of AI-supported image processing. The technology used is based on deep neural networks, which are trained project specifically for the detection of the residual bark content with image recordings of the processed logs.

The images for the training were taken on site during the process (in-line) by means of the installed Wahtari cameras. Subsequently, the AI was trained with image data of the sample strains provided. An evaluation of the still images initially showed a recognition accuracy of approx. 90%.

After installation, further images were taken during normal operation and the AI was trained again. Repeated training further improved the recognition rate. It was important to record the weathering of the different types of wood. Therefore, the system was trained several times over a period of 12 months. The final AI was calibrated with tens of thousands of selected images. Once the desired recognition rate was achieved, no further training was required. 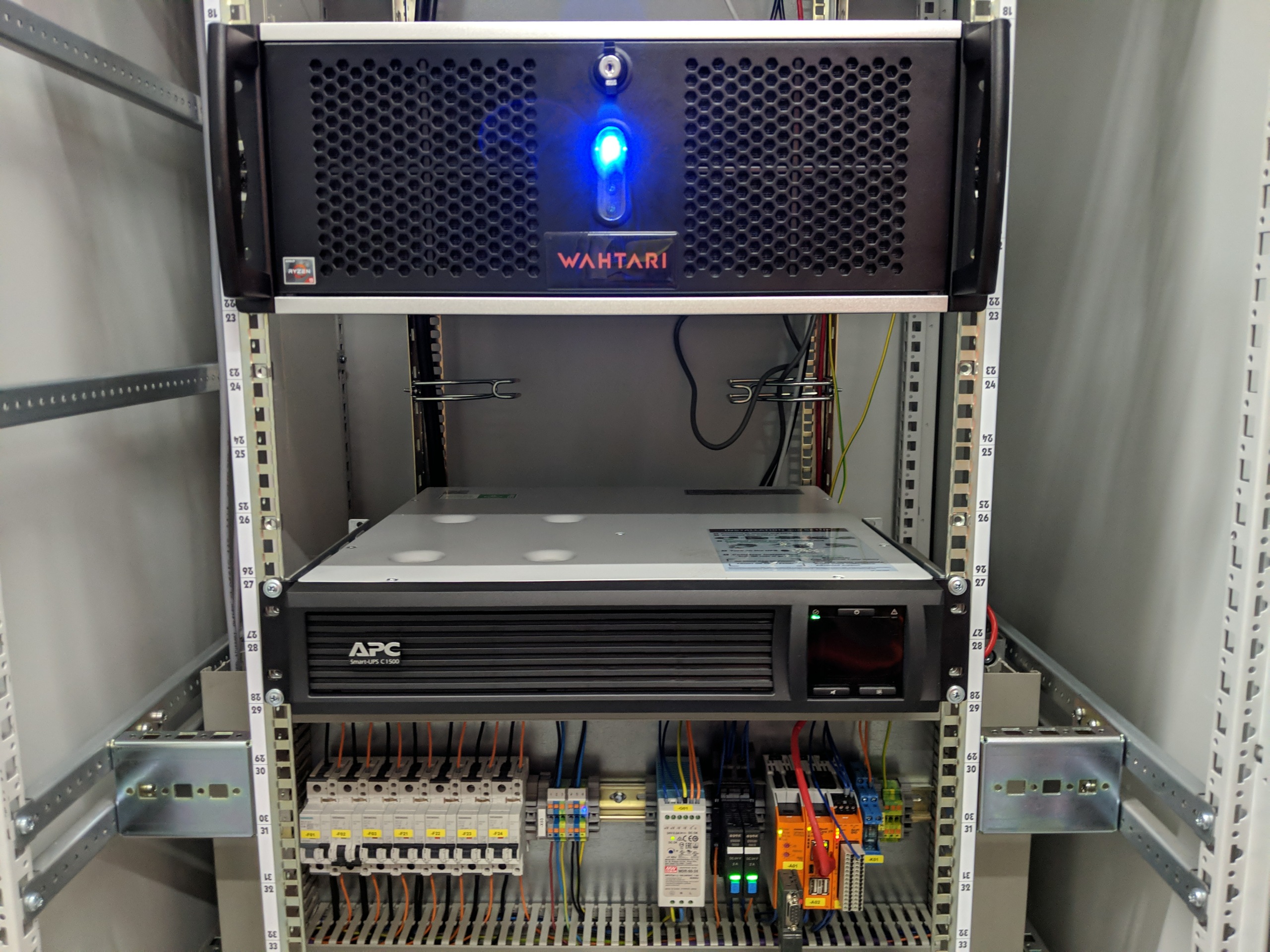 The AI-based camera system from Wahtari is a fully automated complete solution for optical inspection. Many times more powerful and precise than the human eye, the system inspects under industrial conditions, during operation and around the clock. It is easy to use, plug & play and allows convenient one-man operation. At Stora Enso, the Wahtari camera system has already paid for itself after less than a year.

Scope of Service and Installation

Optionally, the Wahtari nVision software can also be purchased. This offers an easy-to-use user interface for setting threshold values, process monitoring and documentation. Wahtari nVision is available for Linux and Windows operating systems and can be installed on in-house computers (e.g. laptops or tablets).

At Stora Enso, operation via Wahtari nVision was not necessary. Instead, thanks to the numerous standard industrial interfaces (e.g. Profibus, Profinet, OPC/UA, Digital IO, etc.), the camera system could be easily and quickly integrated into Stora Enso’s existing IT system. The system was controlled via the API, which could be made available via the industrial protocols (here: Profibus and OPC/UA).

The integration into the running operation is also simplified by standard cabling and power supply (220 V) of the Wahtari camera system. Due to the few and uncomplicated system components, the installation effort is minimal:

The industrial cameras with integrated mount and lighting are suspended at two different locations above the conveyor belt.

The computer system (embedded in a control cabinet, dimensions 50 cm x 60 cm x 40 cm (HxWxD)) is mounted on a wall during operation.

The system evaluates the images generated by the cameras and controls the return airlock via the industrial interfaces. This also means that neither an internet connection nor a cloud connection is required. This enables the highest data processing speeds and the lowest latencies. Since the customer data completely remains in the company, there is the greatest possible data security.

In the event of subsequent changes in the process (e.g. other tree types), the system can be adapted through quick and easy training. 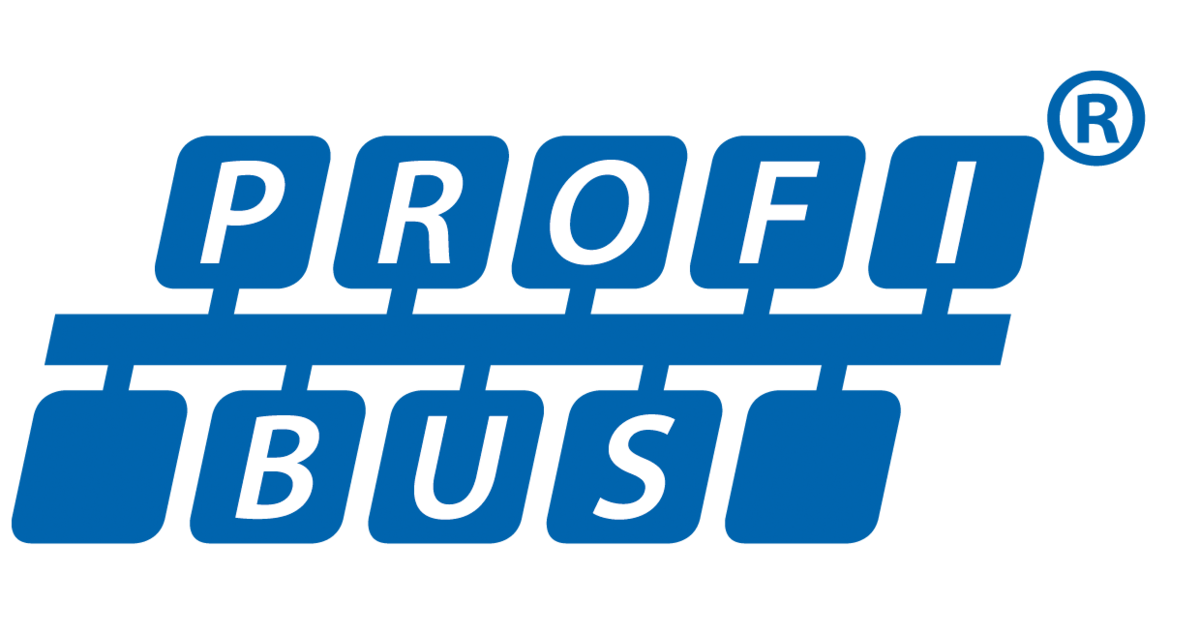 The cameras are suitable for indoor and outdoor use at temperatures between -20 and +50° Celsius.

At belt speeds of up to 120 m/min, the system simultaneously records parameters such as debarking degree, belt speed, size, contours, length and diameter of logs and piles. Individual logs can be distinguished. Wood discolouration due to weathering is taken into account.

The detection accuracy is over 98%, even in the event of disturbances such as dust, rain or snow. The inspection takes place in real time, the maximum inspection is approx. 150 milliseconds at 180 cm image diagonal.

The degree of debarking quality and threshold values for the measurement can be set via Wahtari nVision.

The sluice is controlled on the basis of the set debarking quality via the industrial interfaces of the computer system.

Do you also want to realise your individual automation solution?

Find out more about us here: wahtari.io/about-us 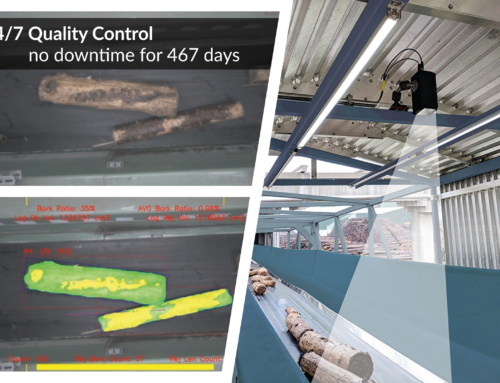 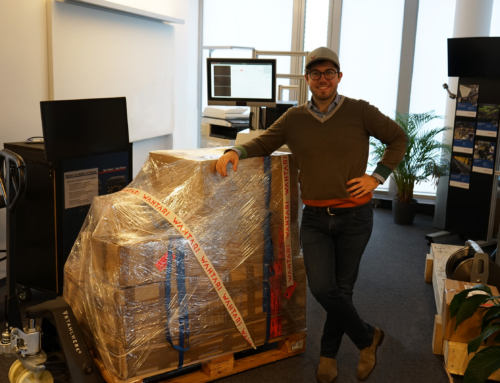 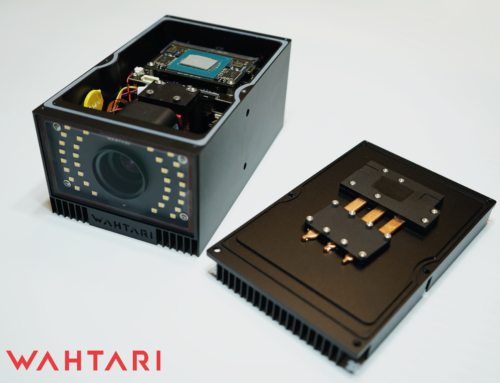 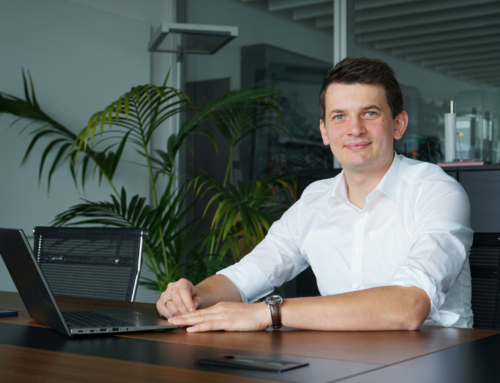